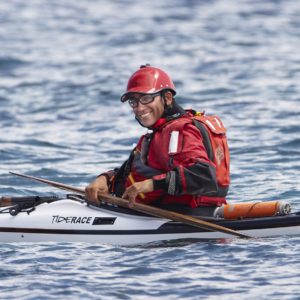 Luca started kayaking back in 1987 and has paddled along the coasts of Alaska, Spain, Norway, North Wales, Cornwall, Corsica (F), France, Slovenia, the Island of Elba, Sardinia and many of the smaller Italian islands.

Luca has coached and guided since 2010 and has been involved in Tuilik activities since 2014.